skip to main | skip to sidebar

We are watchers of a beacon
Whose light must never die;
We are guardians of an altar
Midst the silence of the sky;
The rocks yield founts of courage,
Struck forth as by thy rod;
For the strength of the hills we bless thee,
Our God, our fathers' God!

For the dark resounding caverns,
Where thy still, small voice is heard;
For the strong pines of the forest,
That by thy breath are stirr'd;
For the storms on whose free pinions
Thy spirit walks abroad;
For the strength of the hills we bless thee,
Our God, our fathers' God!

The royal eagle darteth
On his quarry from the heights,
And the stag that knows no master,
Seeks there his wild delights;
But we, for thy communion,
Have sought the mountain sod,
For the strength of the hills we bless thee,
Our God, our fathers' God !

The banner of the chieftain,
Far, far below us waves;
The war-horse of the spearman
Cannot reach our lofty caves:
Thy dark clouds wrap the threshold
Of freedom's last abode ;
For the strength of the hills we bless thee,
Our God, our fathers' God !

For the shadow of thy presence,
Round our camp of rock outspread;
For the stern defiles of battle,
Bearing record of our dead;
For the snows and for the torrents,
For the free heart's burial sod;
For the strength of the hills we bless thee.
Our God, our fathers' God!
--Felicia Hemans 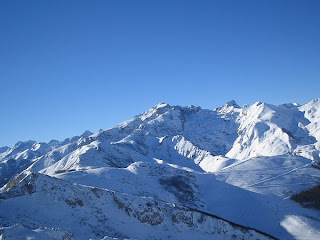 The Vaudois Mountaineers (also known as the Waldensians or Waldenses) were members of a Christian sect started in the 12th century by Peter Waldo (or Valdo or Pierre de Vaux) that shared a lot of ideas with the later Protestant Reformation. They used vernacular scriptures, and to quote an internet source, "They rejected the authority of the pope, denied the existence of purgatory and the efficacy of prayers for the dead, criticized the veneration of saints and the adoration of the crucifix, and dispensed with certain of the seven sacraments. They also aroused alarm among secular authorities for refusing to swear oaths in court." They were branded heretics and heavily persecuted for these beliefs, and retreated into the mountains to be away from the inquisition.

In 1850, Elder Lorenzo Snow of the Council of the Twelve Apostles of The Church of Jesus Christ of Latter-day Saints ascended a very high mountain near LaTour to visit the Vaudois of the Piedmont. He and his two companions stood on a bold projecting rock, where he proclaimed that Joseph Smith had seen the Father and the Son and had restored the gospel in its fulness and completeness. He testified that the keys of the holy Apostleship had been restored. He further testified that there were indeed living Apostles and prophets upon the earth. Many believed his startling message and joined the Church. Moved by his experience with the Vaudois living in the Alpine mountain valleys, President Snow cited [these] stirring words

The hymn itself seems to have been written by an English lady poet sometime before 1835, and may not have ever been used by the mountaineers themselves. Another English poet interested in their case was John Milton, who (in 1655) on hearing that the Duke of Savoy had ordered them to be exterminated, wrote this poem:

On the Late Massacre in Piedmont
Avenge O Lord thy slaughter'd Saints, whose bones
Lie scatter'd on the Alpine mountains cold,
Ev'n them who kept thy truth so pure of old
When all our Fathers worship't Stocks and Stones,
Forget not: in thy book record their groanes
Who were thy Sheep and in their antient Fold
Slayn by the bloody Piemontese that roll'd
Mother with Infant down the Rocks. Their moans
The Vales redoubl'd to the Hills, and they
To Heav'n. Their martyr'd blood and ashes sow
O're all th' Italian fields where still doth sway
The triple Tyrant: that from these may grow
A hunder'd-fold, who having learnt thy way
Early may fly the Babylonian wo.
--John Milton 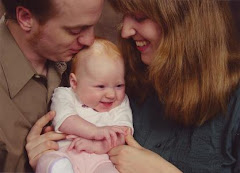 This is our Family